In maths, we have been doing lots and lots of revision. We have been focusing on multiplying and dividing by 10, 100 and 1,000. This is a vital skill to be confident in, and we have really worked hard to understand the 'steps to success' with this. 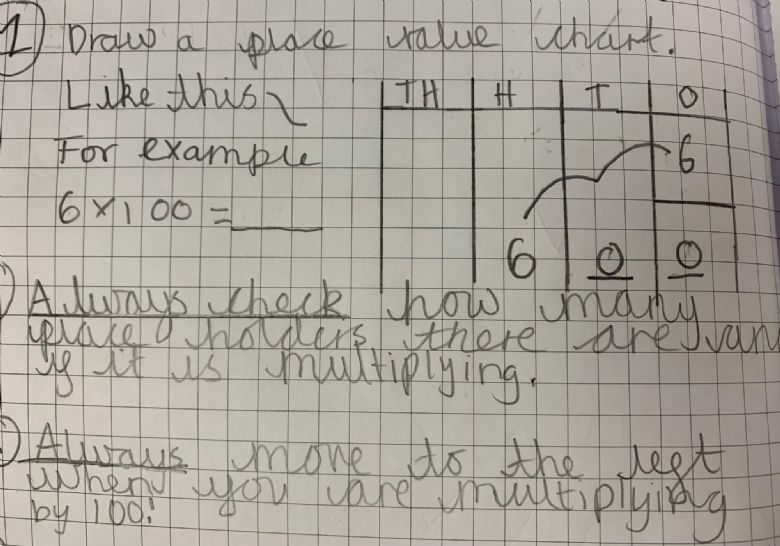 For English, we have been planning and writing our own adventure story. We based our ideas on the book Gorilla by Anthony Browne and researched four destinations we would want to travel to. We spent a long time during the writing and editing process to make sure our stories were brilliant! 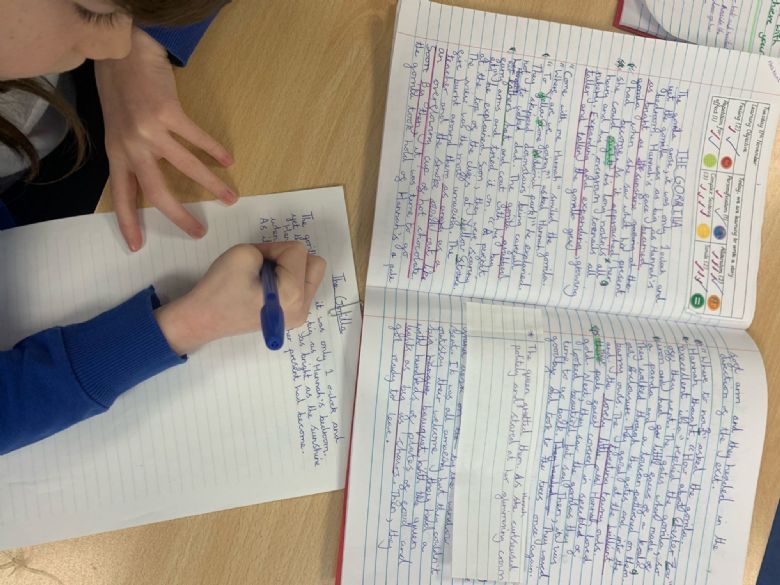 In science, we have continued to look into simple machines. We were investigating levers this week, trying to explain how they work by creating our own levers. From this investigation, we learned that levers allow a smaller force to have a greater effect, similar to pulleys and gears.

We also wanted to show you our amazing art work. We finished both the poppies and our Andy Warhol inspired art this week. Take a look for yourself! 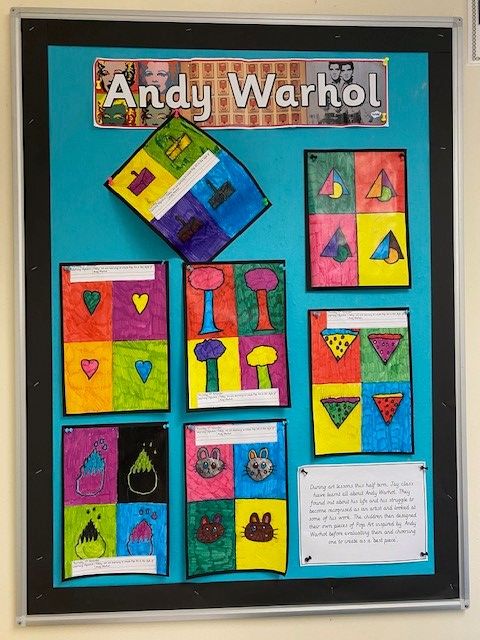 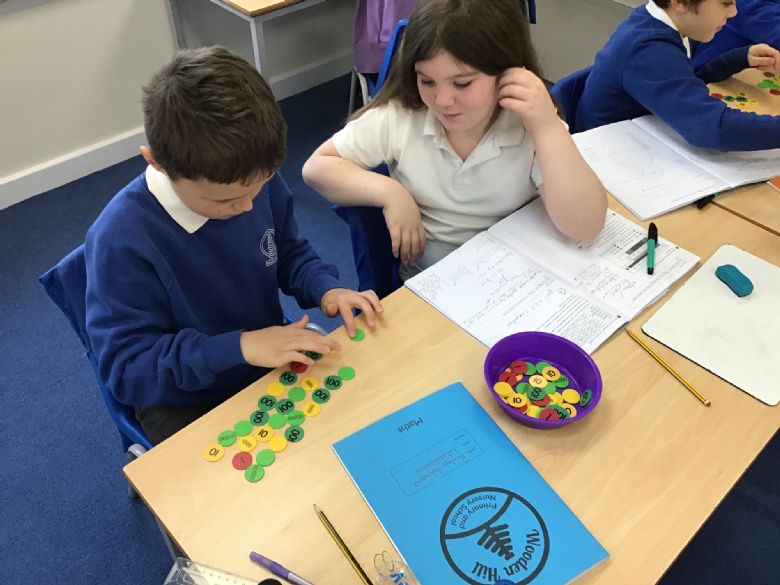 In science, we have been learning about air resistance, pulleys and levers. We were using everyday objects in our classroom, like rulers, glue sticks and water bottles, to create a small machine that could move a heavier weight. We had lots of practical fun in this lesson and look forward to learning more. 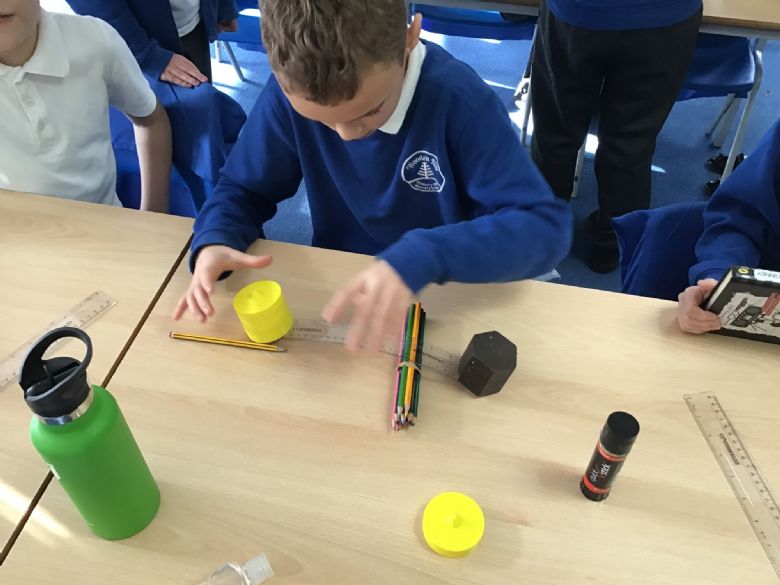 Through our history and geography unit, we have been learning about the end of the Roman Empire in Britain and the beginning of the Anglo-Saxon age. We have learned about why they wanted our land so much and for what we have to offer. We have also been looking at the types of geography (physical, human and topography) with examples from around England, specifically the local area. 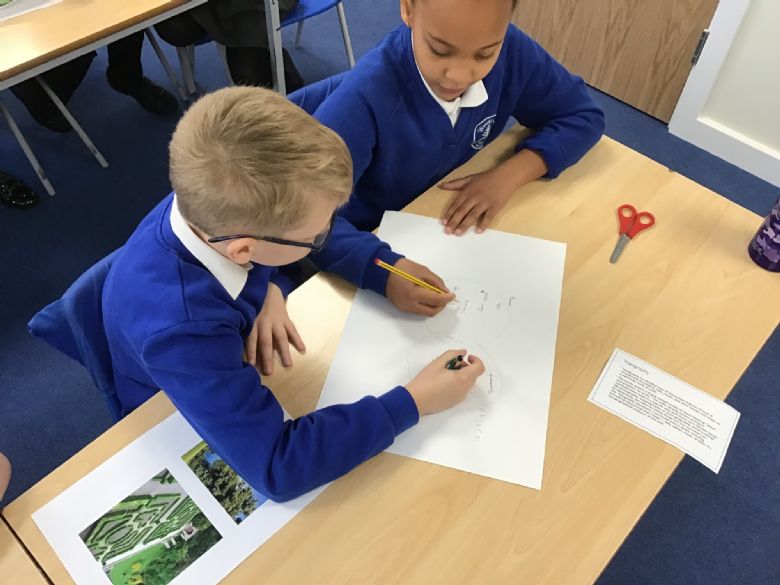 In our art lessons, we have been learning about Andy Warhol, who inspired the ‘pop art’ movement. We have been looking at his famous print work and began to recreate our own versions of this.

We have also been looking into Remembrance Day, focusing on why we remember and the importance of the poppy. To commemorate this, we learned how to draw a field of poppies. 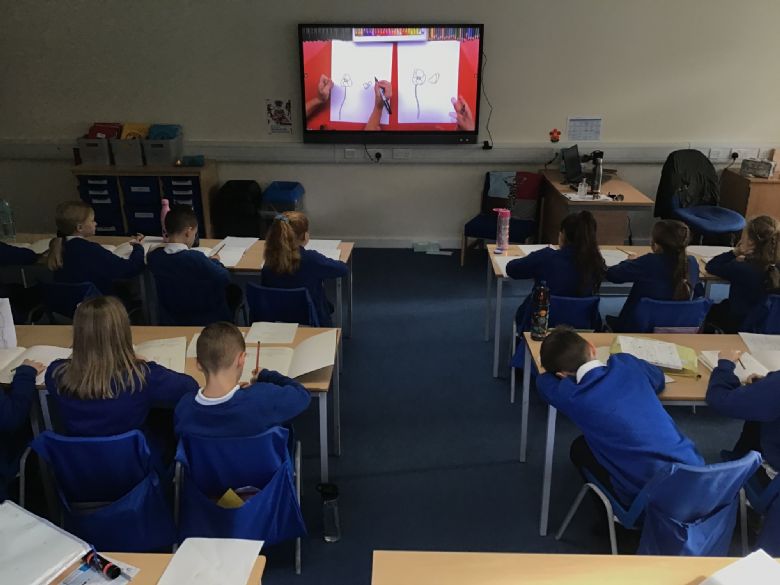 This week, Year Five have completed their final lessons about the Romans. They have found out about the effect the Roman empire had on daily life in Britain. They have also begun preparing a Roman inspire invasion plan with their partners. They will continue to work on these next week before presenting them to the class. 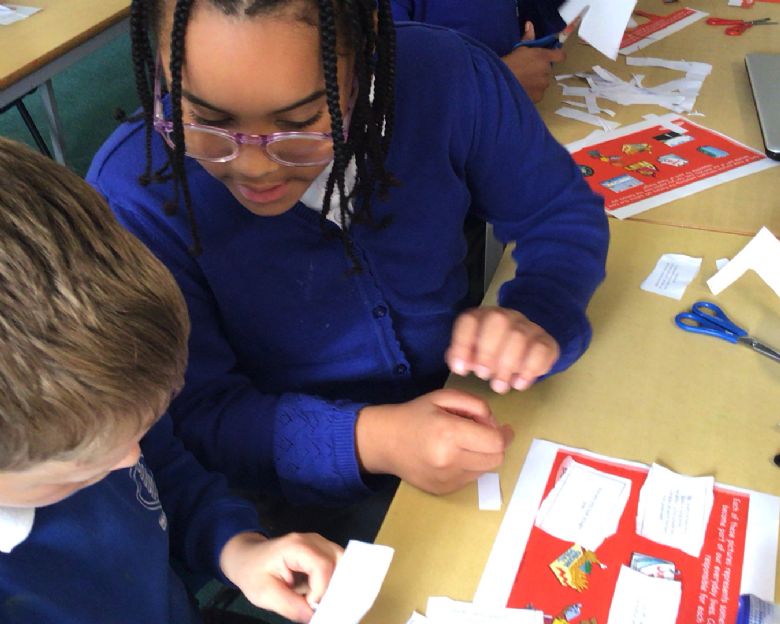 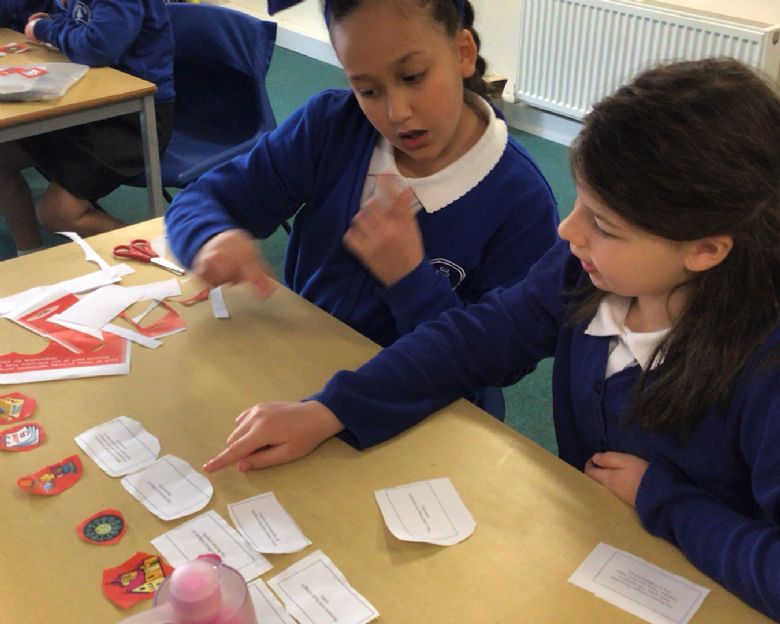 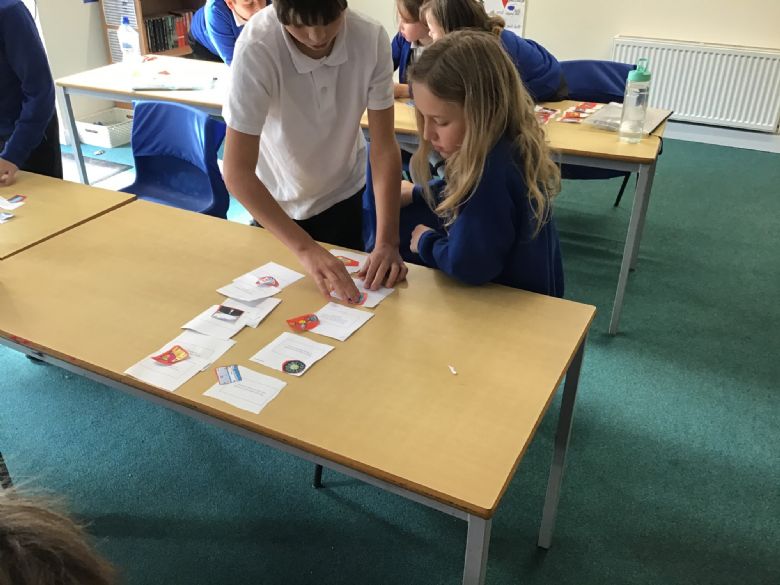 Each week, Year Five continue to practise their maths key skills including number bonds, doubling and halving, formal and mental methods for the four operations and times tables. They practise these skills in different ways to improve their speed and accuracy. Time Table Rock Stars is a good way to continue this practise at home. 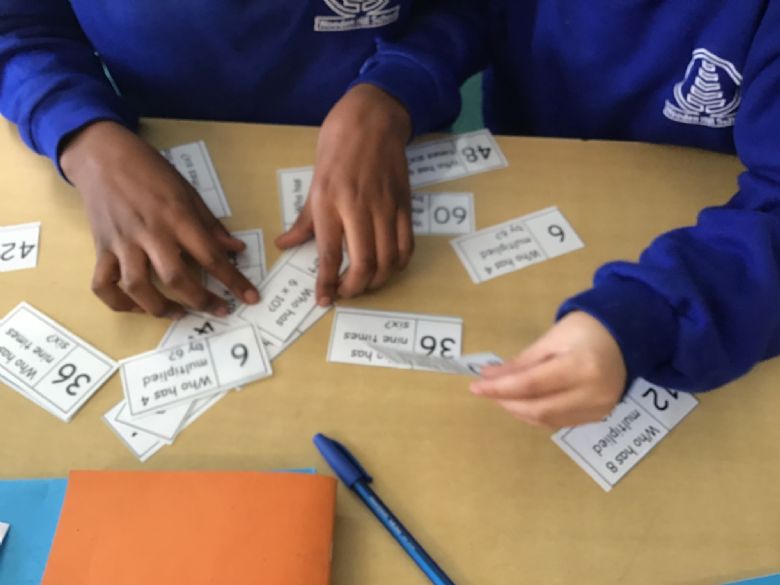 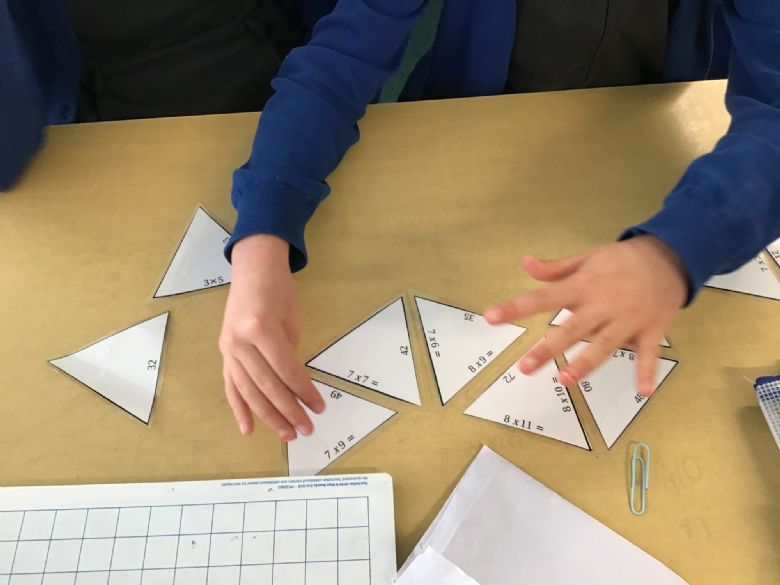 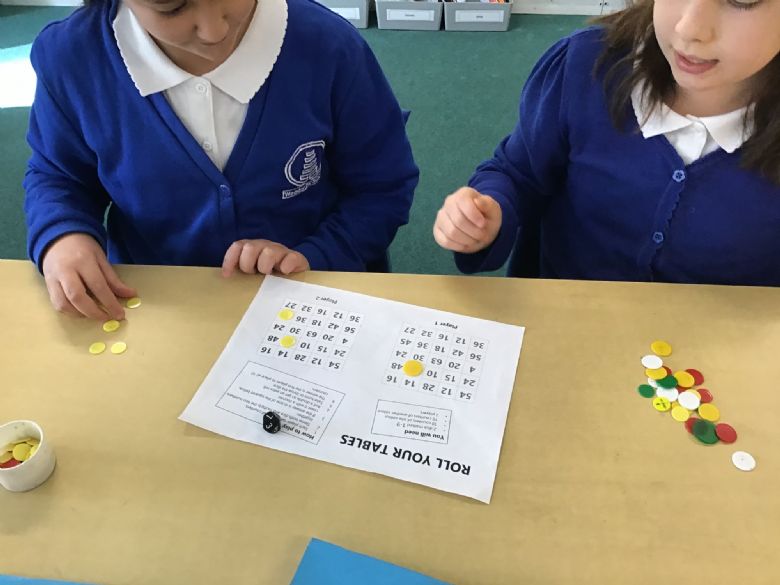 In maths this week, the children have been taught to read, interpret and create bar charts and pictograms. Next week, they will be focusing on line graphs.

After weeks of learning sentence writing skills and writing techniques, the children have planned their own journey stories this week. They are ready to write next week and we are really looking forward to reading them! 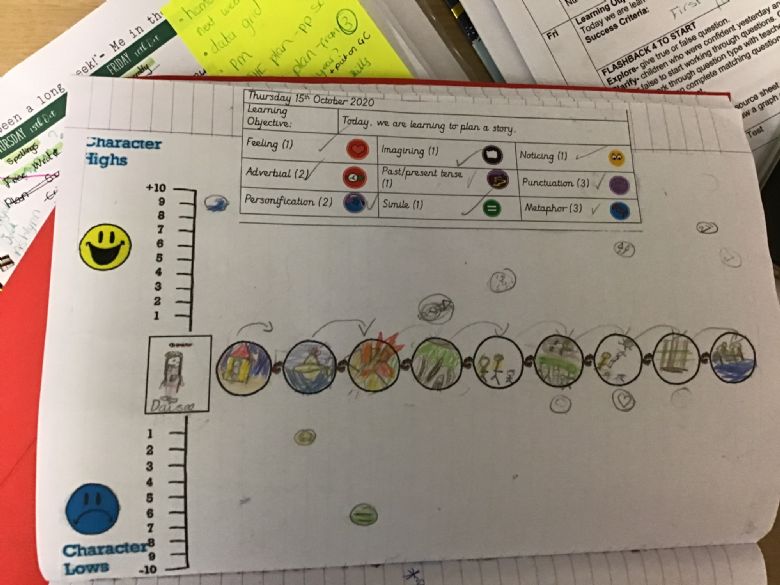 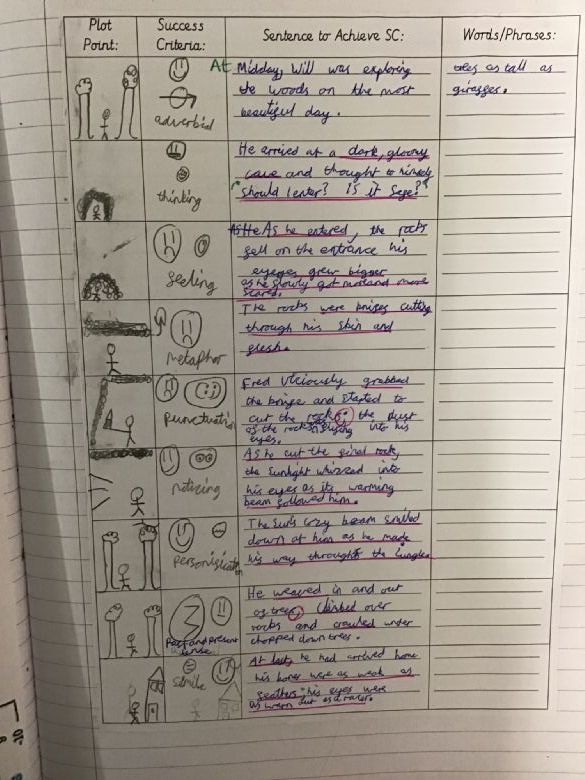 This week, Year Five have continued  with their learning about the Roman's in History. They have been taught about Hadrian's wall and Boudicca's revolt. The children have written some fantastic newspaper articles and diary entries to demonstarte their understanding of the events.

This week in maths, the children have learn to check their answers using estimation and the inverse and have applied their knowledge of addition and subtraction to word problems. 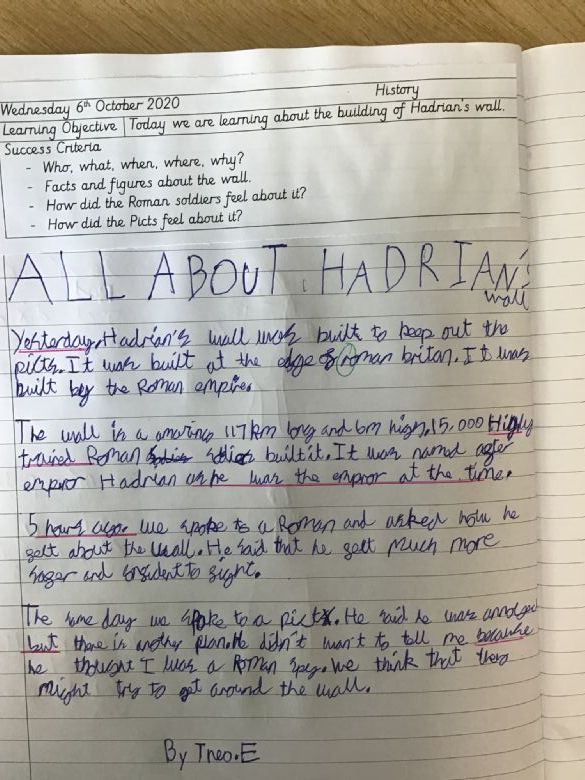 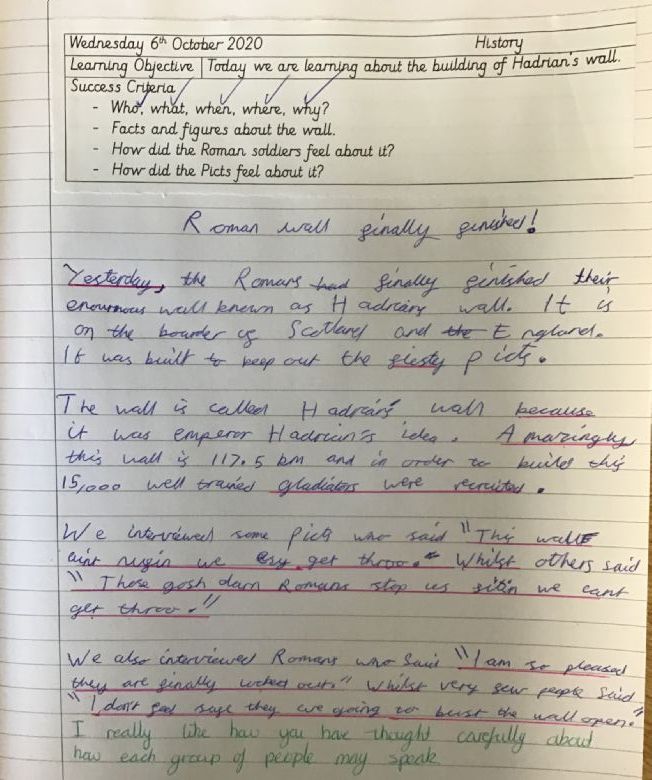 Throughout this week, we have been continuing with our learning of 'The Explorer' by Katherine Rundell. We have been loving this story so far and truly love learning about these new literary devices that we have been experimenting with. On Friday, we had our third 'experience day'. We went outside to forage for resources to build our teeny tiny raft, just like the characters in our story! (You can see some of the pictures below!)

In maths, we have been working on addition and subtraction of numbers of up to four digits or more. We have been reminding ourselves of column method and how to use it successfully. We will be continuing to work on this over the next week.

In our topic lessons this week, we have been focussing on science and PSHE. In science, we have been learning about water resistance and testing the question "What affects the speed of a boat through water?" You can see some of our experiements below!

In PSHE, we have been learning about 'sterotypes' and how these can affect opinions of people. We looked at how we can challenge those sterotypes! 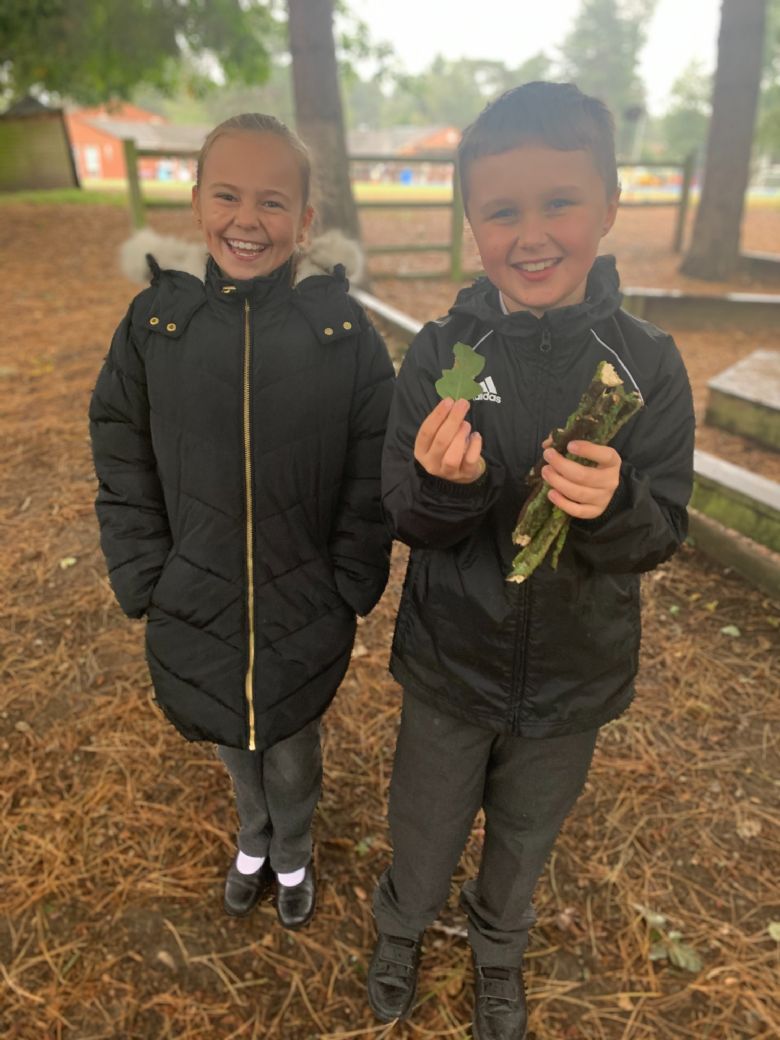 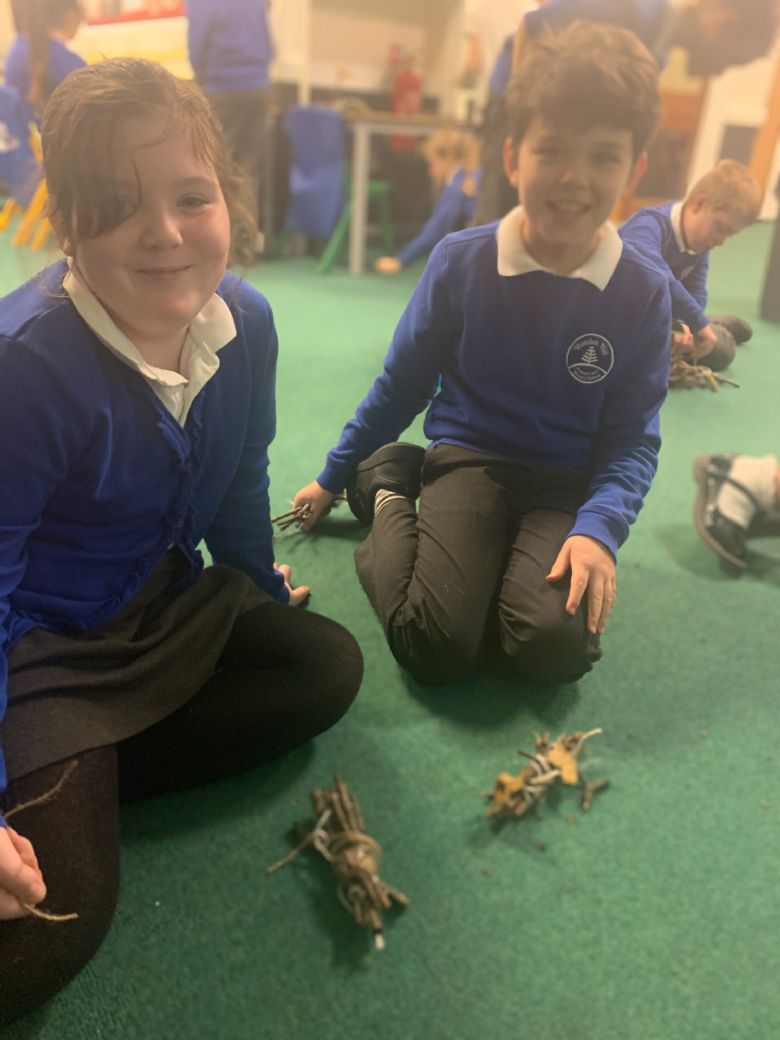 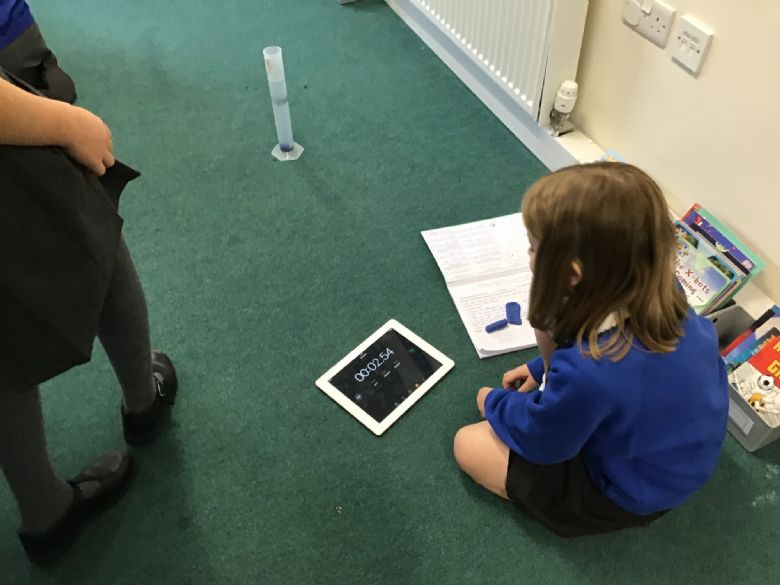 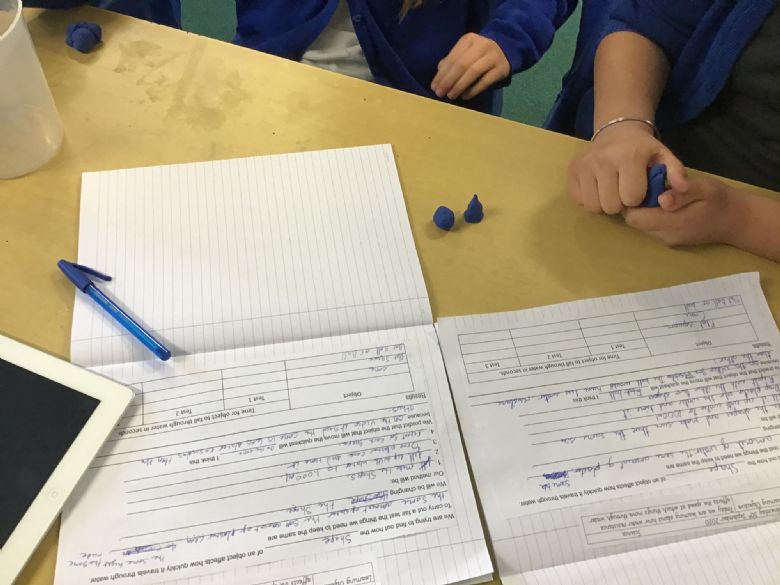 This week, Year Five have begun their English unit based around the book 'The Explorer' by Katherine Rundell. They have written some fantastic sentences (some of which can be seen below) using a range of devices such as similes and metaphors and have experimented with sentence structure: creating complex sentences, adding fronted adverbials and using short sentences to build tension.

In maths, the children have continued to build their understanding of number and place value. They have ordered and compared numbers up to a million, practised rounding and have used Roman numerals to write numbers up to three thousand.

Year Five have also begun their history topic 'The Romans' this week. They have found out about Julius Caesar and Claudius and have used a range of sources to gain an understanding of what life was like in the Roman army and why they were so successful. 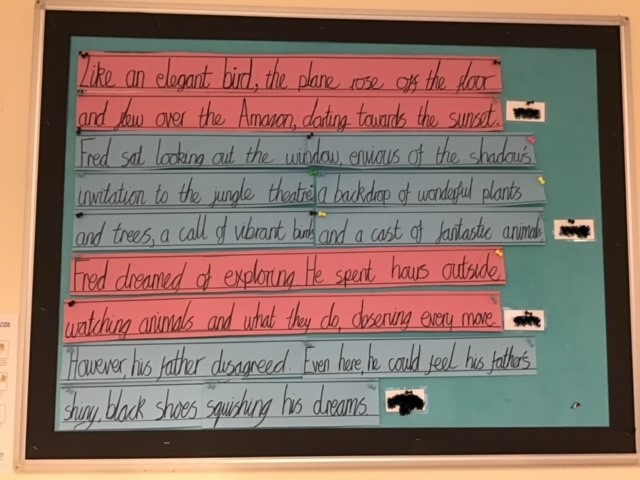 This week Year Five have been reading the book 'After the Fall' by Dan Santat. After reading the story, which is about Humpty's life after his fall, they wrote stories titled 'After the Wolf'.

In Science, the children explored air resistance by testing parachutes to find the best one for future adventurous eggs. They discussed how to carry out a fair test and were taught to write conclusions that clearly linked to their results.

In maths, the children have been continuing to develop their understanding of place value in large numbers up to one million. They have also been rounding to the nearest 10,00 and 100,000.

This week Year Five have been reading the book 'Where Happiness Begins' by Eva Eland. They though carefully about what their ingredients for happiness are and used watercolours to paint their own happiness jars.

The children also completed their first Free Write Friday. They wrote stories about a character overcoming a problem. They thought carefully about what their character would see, hear, smell and feel during their adventure.

In maths, the children have been focusing on developing their understanding of place value in large numbers. They have also been rounding to the nearest 10, 100 and 1,000. 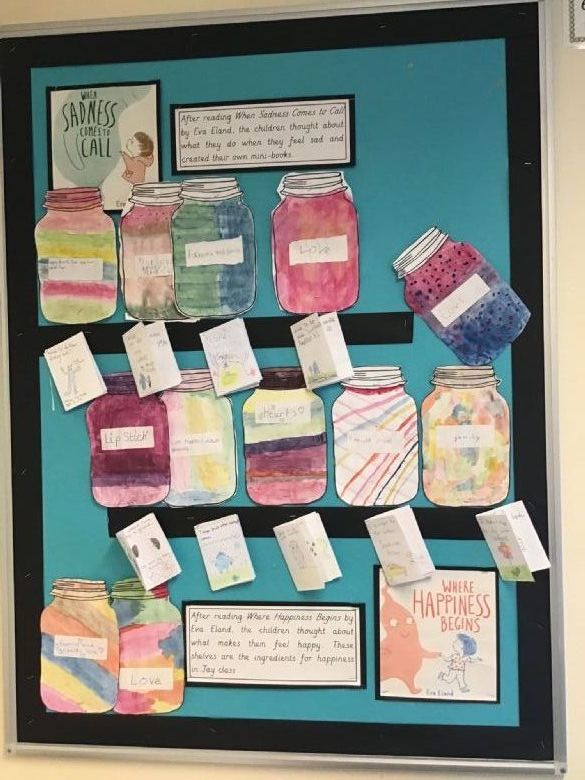 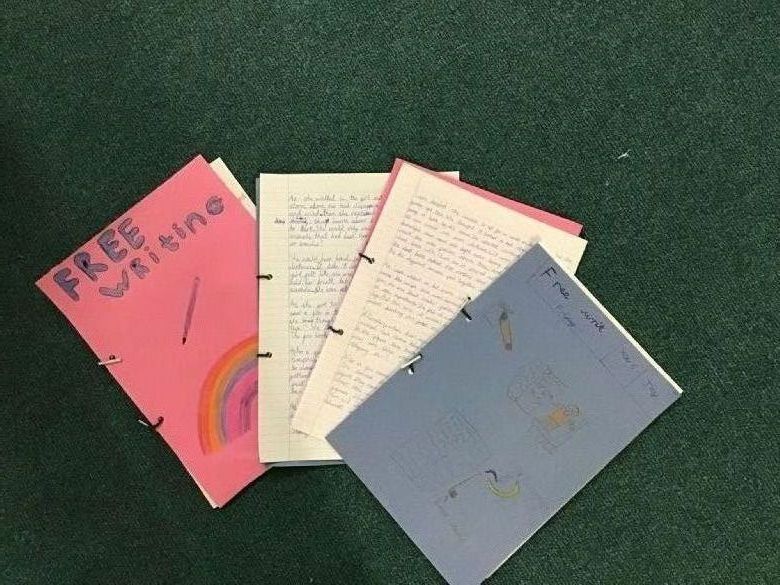