The Queen's Visit to Bracknell 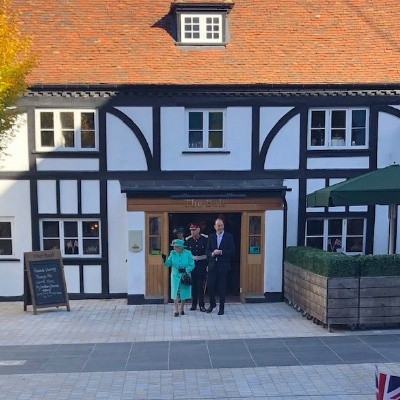 Akira and Cody got front row spaces to see the Queen!

This morning, Bracknell was buzzing with excitement as the children (and Headteachers) waited for the arrival of the Queen.  From the schools' vantage point, opposite the entrance the The Bull pub, the Queen was first spotted in the reflection of the window and much excitement rippled through the congregation as she stepped out of the car before going in the side entrance to The Bull.  What felt like a lifetime later, the Queen came out through the front door, to the cheers and waving of union jack flags from the Bracknell schools.